The Family Fund’s program for women’s economic justice seeks to improve the quality of life for working women and their families in two ways: by advocating for equitable employment opportunities and updated employment standards, and by building power through support of women’s activism. Working at the national, state and local levels, we support research, training, public education campaigns and advocacy efforts.

Women Effect Fund
The Women Effect Fund is dedicated to pursuing a suite of economic reforms that are central to women’s economic equality and the well-being of their families. The WEF recognizes that workplace policies in the United States have not been updated despite the enormous changes in the workforce that have occurred over the past 50 years. While the typical American family with children in the 1950’s had a homemaker and a breadwinner, today’s American family is most likely run by two parents – both working out of the home – or a single parent also working outside the home. This basic fact has had a cascading series of societal, cultural and economic effects, including the inability of many women to meet their family and work responsibilities due to antiquated and rigid workplace policies. One of the most promising ways to improve the economic status of women is to modernize America’s employment standards. Since 2008, RFF has undertaken this initiative to educate the public about work/family conflict and its detrimental effect on the economy and family economic security. RFF has primarily focused on paid leave policies that allow employees to take care of their own health needs or those of a family member. When RFF began investing in this work, there were only two laws on the books—and now there are 11 states and more than 30 cities with a paid sick days law, covering more than 14 million people. Beginning with paid sick day wins in Connecticut and Seattle and more recent wins statewide in Arizona, Maryland, and New Jersey, this issue has achieved stunning successes. RFF has also begun investing in paid family and medical leave campaigns, including in New York, where a paid family and medical leave bill passed in 2016, and New Hampshire, where a paid family and medical leave bill passed through both chambers of the state legislature in 2019.

Local Solutions Support Center
Frustrated by federal gridlock and state inaction, Americans are increasingly looking to local government to solve their problems. Across the country, local governments are taking the lead on improving workers’ rights, expanding the boundaries of civil rights, reducing inequity, and pursuing other policies that reflect the values and meet the needs of their communities. At the same time the demand for local government action is increasing, so is state interference with the decision-making and problem-solving power of cities, towns and counties. In the last seven years, there has been an increase in state preemption, blocking local lawmaking across a broad and growing range of issues. States are now with growing regularity overturning municipal decisions and the outcomes of ballot measures, threatening to withhold funds from cities, and punishing local officials who defy them. To address this growing threat, the Economic Justice for Women program area launched an initiative, the Local Solutions Support Center (LSSC), in 2017. It acts as a national hub intended to reframe and respond to preemption as a threat to the advancement of local policies that promote economic, social and public health equity and justice. To meet that goal, the LSSC develops, supports, and implements nonpartisan strategies designed to educate the public and policymakers on negative preemption efforts; repeal existing laws that stifle local innovation and equity-promotion; inoculate local officials and government against attack; and, where possible and appropriate, affirm and strengthen home rule. LSSC has a website available here with more information and resources. 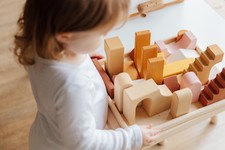 The Hill published an op-ed by RFF Associate Director Lisa Guide that pushes back on those who argue caregiving investments should not be prioritized for infrastructure improvements. Lisa explains how the care economy is part of the foundation of the economy and has bipartisan support from a majority of voters.

◀
Back to All Programs